According to statistics from the National Coffee Association, Americans consume roughly 500 million cups of coffee every day. The coffee industry alone contributes $225 billion to the country’s GDP. If you’re among the 8 out of 10 Americans who drink coffee daily, then you understand just how essential it is to your daily routine.

Coffee comes in several different variants. From gourmet cold brews to instant coffees – there’s a wide array of options available to cater to every kind of coffee lover there is.

If you enjoy getting your morning caffeine fix but would rather skip the jitters that come with it, you might want to consider switching to nootropic coffee instead. Here’s everything you need to know about it.

What Is Nootropic Coffee?

A nootropic is essentially a substance that enhances memory, cognition, and learning. It is often referred to as a “smart drug” and works in several ways to boost brain performance. There are generally two categories of nootropics.

These have been used to treat the dilapidating symptoms of various neurological disorders like Alzheimer’s disease, narcolepsy, and attention deficit hyperactivity disorder (ADHD). Some of the most common ones you might come across include:

While these don’t treat any neurological diseases, they do have some effects on the mental and cognitive functions of the brain. Here are some of the most common over-the-counter nootropics you might come across.

If you’re a coffee drinker, you probably like it because of its stimulant effects, which come from its caffeine content. Consuming caffeine is safe for the most part, as long as you don’t go overboard with it.

According to the Food and Drug Administration (FDA), you should limit your caffeine consumption to no more than 400 mg a day. This is equivalent to a maximum of five cups of coffee.

Caffeine pills, on the other hand, contain a significantly higher amount of the stimulant. Taking more than the recommended dosage can result in a caffeine overdose or, in some cases, even death – although this is rare.

This is another common nootropic. L-Theanine is an amino acid that occurs naturally in green and black teas. They are also found in supplement form for those who prefer a slightly higher dosage.

Studies show that L-Theanine contributes to the increase of alpha waves in the brain, which boosts mental clarity and alertness. It also enhances cognitive performance, all while keeping you calm and relaxed.

While it is an exceptionally dynamic nootropic on its own, it has a synergistic effect when paired with caffeine. This means you get the power and energy boost of coffee, alongside the enhanced cognitive properties of L-Theanine, but without any of the lingering jitters that come with having too much caffeine in your system.

Creatine, which also happens to be an amino acid, is a popular supplement among athletes due to its performance-enhancing ability. Research has found that taking creatine also boosts cognitive performance when it comes to logic and working memory.

It not only improves mental endurance but is also remarkably effective in negating the symptoms of sleep deprivation. If you pulled an all-nighter working on a highly demanding project, a regular cup of coffee just wouldn’t cut it. Creatine will give you that extra push you need to power through.

This tree is native to Japan, China, and Korea. Its leaves have been used for centuries as an herbal remedy. While more research is needed, many studies have found it to be “potentially beneficial” for treating the symptoms of dementia and improving overall brain function.

Alpha glycerophosphocholine (GPC) is a natural compound that has synergistic effects when combined with other nootropics. It boosts the cognitive function of the brain by increasing the production of cell membrane phospholipids and acetylcholine. It also raises dopamine levels, which further improve brain function.

Phenylethylamine, or PEA for short, is a trace amino acid that is a well-known stimulant and mood enhancer. Some of its benefits include reducing anxiety, stress, and symptoms of ADHD, in addition to enhancing creative flow states, executive function, and working memory.

Why Are Nootropics Usually Infused in Coffee?

Nootropic coffee is different from your regular cup of Joe because, well – it contains nootropics. We’ve already established that the caffeine in coffee also happens to be a nootropic. The whole idea behind infusing additional cognitive enhancing substances into it has everything to do with a concept known as “stacking.”

This means combining specific nootropics to enhance their synergistic effects and maximize their overall cognitive benefits. When buying smart coffee, some of the nootropics you should look out for in its blend of ingredients include:

Coffee provides the ideal medium to infuse additional nootropics not only because caffeine enhances their efficacy but also because many people drink coffee every day. Therefore, it is the perfect way to get your daily dose of smart drugs without having to go out of your way to do it.

Over time, you might find that drinking one or two cups of coffee does not do anything for your mental performance like it once did. Nootropic coffee is a great way to get your daily energy boost without having to drink several cups of it to reap its cognitive benefits.

Are you having trouble sleeping? Check out our blog for 7 proven ways that will help you sleep better tonight. 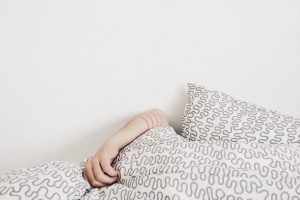 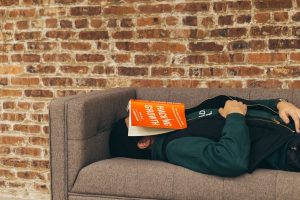